This classification of soils into different groups allows you to understand the risks associated with erosion and runoff, and the potential mitigation options that are available to you.

Use the flowchart on pages 10 and 11 of AHDB’s Healthy Grassland Pocketbook to identify what soil type you have on farm. 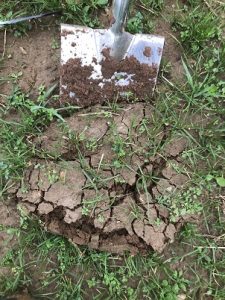 Soils of this type are characterised by: 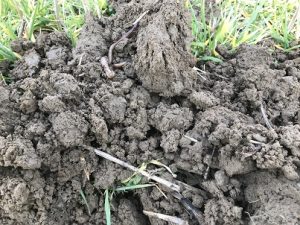 Heavy soils are characterised by having a clay content of more than 35%. Common soils textures that are classed as heavy include sandy clay, clay and silty clay.

Heavy soils tend to be naturally slow draining and can lie wet for long periods of time.

Some clay soils are naturally well structured, which lessens the threat of waterlogging. How stable the clay particles are, is dependent on the type of clay and the calcium content. Less stable acidic clays have a lower porosity and a higher risk of run off than calcareous clays.

Heavy soils that drain slowly have a higher risk of structural damage and also of generating runoff, but have a lower risk of losing soil particles by erosion.

These soils are thin, often less than 30cm deep. They are highly calcareous, often with a medium textured topsoil.

These soils tend to have highly stable aggregates and form a strongly developed structure. Topsoil can be lost on these soils which can expose the bedrock, often due to soil moving down slopes.

These soils tend to be naturally well draining and will take winter rainfall with a low risk of runoff. 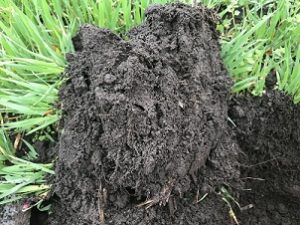 Peat soils include all soils where the organic matter content of the topsoil is more than 20%. Soil textures characterised as peaty include peaty sand, peaty loam, loamy sand, loamy peat and peat textures.

Peaty soils are widespread in the uplands and also found in lowland bogs and river valleys. They can be very productive agricultural soils.

Peaty and organic soils that lie wet in the uplands have limited capacity to accept winter rainfall, as such they are at high risk of generating runoff and soil erosion. In the lowlands and drier parts of the country, peaty soils are prone to wind erosion because of their low density and loose soil structure.

Jonathan Smith from Scilly Organics explains how he manages his light soils in a way to get the best out of his crops on his 5 acre market garden in Middle Town, Isles of Scilly.